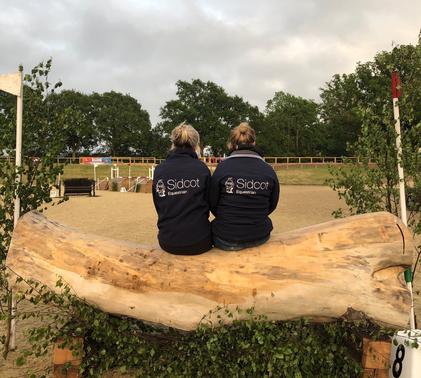 Over the May bank holiday weekend, Sidcot Equestrian started the long drive across to the All England Showground, Hickstead, to compete in the National Schools Equestrian Association (NSEA) Arena Eventing championships. As previously mentioned, we had been incredibly lucky at qualification to have representation for Sidcot School at each height level; and even having two teams in the 80cm and 90cm classes.

After travelling up on the Friday night and setting up camp, it was an early start on the Saturday as the Sidcot Stars (Archie Stamp, Harriet Blair, Henry Blair and Erin Crofts) started the whole competition off. Archie was first in the ring, and the first rider around the  brand new arena recently completed at Hickstead, and got the team of to a great start with a speedy clear round. Henry was our second rider in and continued on Archie’s form giving us another clear round! Erin was the third rider in and just had an unfortunate communication error with Morgan over a rather skinny cross country fence, but represented and flew the rest of the course to finish on 4 faults. Harriet was our last rider on board Occy and made light work of the course to complete on a clear round, allowing the team to also. As we were first on, we didn’t know how the course was riding. It turns out the Sidcot Stars made it look easy as there were very little teams finishing on a zero score. It was then the turn of the Sidcot Strips; Archie Stamp, Elsa Cardale, Sophie Lee and Holly Cooke. Holly Started the team off with a flawless clear round. Sophie was next in and just rubbed one of the poles for it to fall resulting in just the 4 faults for an otherwise perfect round. Elsa flew around the show jumps leaving them all up, but just a small blip at the water complex left them also finishing on 4 faults. Archie on his second ride, Domino, was our last rider in the ring. Archie and Domino rose to the occasion, tackling the course with ease but a light touch of a show jump also meant he finished on 4 faults. Once the team competition had finished it was time for the individuals, with Harriet Blair and her second ride Floss to venture round the course. A textbook, speedy round was just what was needed as the combination managed to finish an incredible 2nd place out of 160 riders! After 9 hours of competition it was finally time for the team results. The Sidcot Stars finished an amazing 3rd place, with the Sidcot Stripes finishing just outside the top 10. This was an astounding result as there were over 40 teams in this competition!

After such a busy day of competing on Saturday, it was an early night ready for a rather busy day on Sunday as both the 90cm team and the 70cm teams took to the arenas! The 70cm team of; Archie Stamp, Harriet Blair, Holly Cooke and Hugo Blair managed to clear all the fences, as close to what they thought was the optimum time. The commentator had announced the team had made it into the top 5, so we just had to wait for the competition to finish to find out the final result. During this time the 90cm teams were in action, with the Sidcot Stripes being the first of the 2 Sidcot teams at this height. Elsa Cardale, Sophie Lee, Archie Stamp and Caoimhe Collery learnt the new course and made the course look easy. Unfortunately a few poles fell for some for Archie, Sophie and Caoimhe resulting on the team finishing on 12 faults, but this was still enough to keep them in the top half of the leader board. The Sidcot Stars; made up of Harriet Blair, Erin Crofts, Henry Blair and Evie Puddy were just a few teams behind and begun their warm up ready to follow from yesterday’s success. Harriet and Floss flew round the course for a clear round, with Erin and Morgan doing the same. Henry and Smartie just touched a show jump for 4 faults. Unfortunately, Party, Evie’s ride was not feeling up to her usual self so Evie decided to retire from the competition. The team finished of 4 faults and the commentator also announced this would be enough to secure a top 10 finish. This class was also made up of around 35 teams so anywhere near the top 10 would be an amazing result. The wait was finally over for all of the classes. The 70cm class results were announced in reverse order, so it was an agonising wait to see if they had been successful. The announcement was finally made, the team of Archie, Harriet, Hugo and Holly had done it; they had won the class and were NATIONAL CHMAPIONS! The Sidcot Stars in the 90cm also followed, with an incredible 8th place.

As most of the teams mates set off for home, the 1m team were left for the final day of competition on Monday. As Evie withdrew from the competition, Elsa very kindly stepped into her place. The rest of the team was made up of Henry Blair, Caoimhe Collery and Erin Crofts. Elsa and Caoimhe tackled the course positively resulting in a few faults. It was then during Erin’s round she took a nasty fall from her horse, Morgan. The rest of the team therefore did not complete their rounds. On behalf of the whole Equestrian department, we wish Erin a very speedy recovery and can’t wait for her to be back on board joining in the team competitions soon.

A massive congratulations to all of our riders for competing at the championships this year and also massive thank you to the parents for their support and giving up their bank holiday weekend to bring the horses and riders to these championships. Our next national championships will be Stoneleigh for the BS Just for Schools title that we hope to retain again following on from last year. 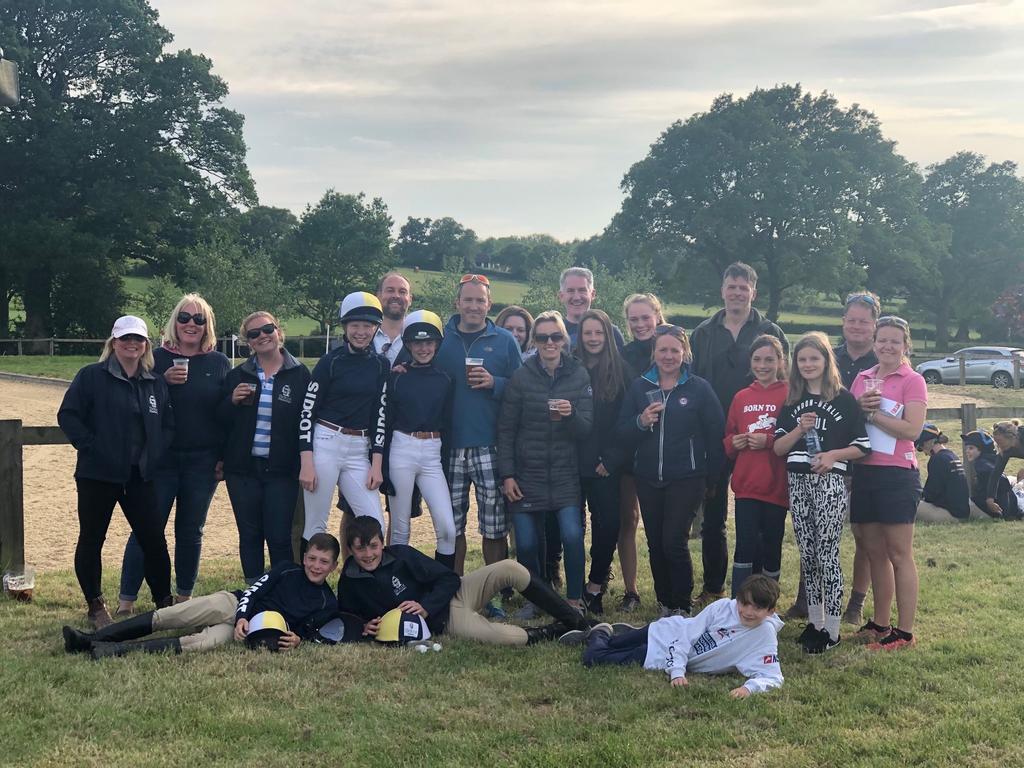