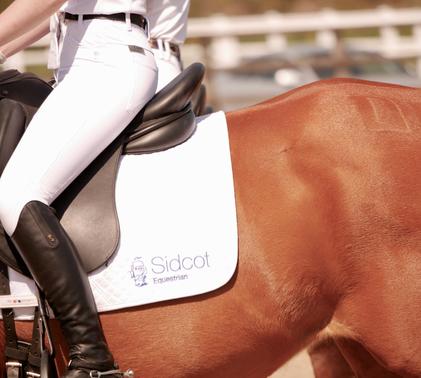 The Easter bank holiday weekend saw a selection of our equestrian team travel to Bury Farm in Buckinghamshire to compete in the NSEA County Show jumping and Dressage Championships. In order to qualify for this competition they had to compete at the competitions held at both KSEC for show jumping and Bicton for the dressage and place the highest school in their county, in our case this was competing against the Avon schools. Our riders were therefore not only representing Sidcot School but the county of Avon also.

This year we had a team in the 70cm, 80cm and 1m show jumping, with Henry Blair riding individually in the 90cm class. The weekend got off to the best possible start. The 70cm team, involving Hugo Blair, Izzy Lee, Harriet Blair and Archie Stamp all rode fantastically over the tough course both in the outdoor and indoor arena to finish in 2nd place nationally. This fantastic placing means they have also automatically qualified for the NSEA championships at Addington in October. Archie, Hugo and Harriet were then joined by Erin Crofts to tackle the next class over 80cm. After walking a new course both in the outdoor (first round) and inside arena (second round), the team begun their quest to match their previous class result, however, there were a few very unlucky poles which left them finishing just outside the top 10 in 11th place out of 20 teams/schools. This was still a fantastic result as the course was causing a lot of problems.

After a good night sleep, it was the turn of the 90cm and 1m classes. Unfortunately we didn’t manage to qualify a team for the 90cm class but Henry Blair was flying the Sidcot flag as an individual in this class. He performed a foot perfect clear round to put him in a very strong position for his next round inside against the clock. It was an incredibly quick round inside, with just one of the lightest taps of a pole to be the quickest rider on 4 faults and finish 5th individually. Henry was then joined by Elsa Cardale, Evie Puddy and Caoimhe Collery to complete the team and tackle the 1m class. This is our first time competing at this height at a national championships and were still one of the youngest teams at this level. Both the first and second rounds were incredibly technical and built well up to height which was proving to be causing a lot of trouble with the other riders that had gone in before us. Each team member rode brilliantly, with just a couple of poles coming down for each rider to leave the team finishing in 11th place. This result is incredibly promising for what is to come with more experience at this level.

The final day of competition saw our Dressage riders; Caoimhe Collery, Erin Crofts and Evie Puddy compete in the team competition with Caoimhe competing individually in the prelim class and Evie competing individually in the Novice class. The standard was incredibly high, but our riders pulled out their best tests to finish an incredible 3rd place! Caoimhe rode a lovely test individually in the morning, being only the second rider on of the day, and finished a very respectable 11th place. Evie continued from her previous success in the team to perform a foot perfect test to finish in 8th place in the novice class.