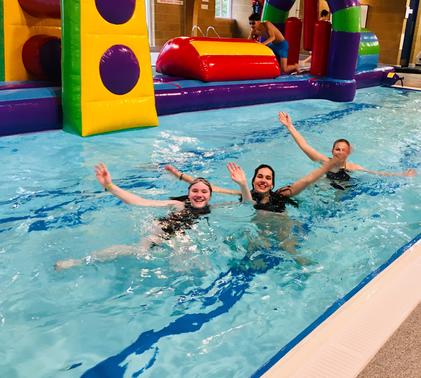 Last week was National Boarding Week (17 to 23 June) so we decided to put on events for the boarders (and the whole school) to mark the occasion.

On Tuesday evening, the boarders were able to enjoy a pool party with the big inflatable being put up for everyone to join in. This was a success and many boarders did turn up and had a great time.

On Friday, we organised a non-uniform day to raise funds for the Chernobyl Children Lifeline charity which 85 boarders from SHB and SHG have been supporting for the past three years. In the evening, for boarders who were not going to Prom or the Leavers’ meal, we organised a movie night with two films on offer in two houses with snacks and drinks.

On Sunday evening, we concluded the long week with a Treasure Hunt down the Gardens. Prizes ranged from a £10 Amazon voucher to a takeaway voucher to a box of chocolate! The winners were Ottavio Oppido who came first, followed by Saskia Beck in second and then Lucia Biggs in third place.

Last week was a success. This was the first time that Sidcot celebrated National Boarding Week, but we hope that this will be a recurring event in the life of the boarders at Sidcot. We look forward to seeing what events will be organised next year and will probably arrange a similar setting next term to welcome new boarders!