Michael Gove's education reforms are holding back our children – February 2017 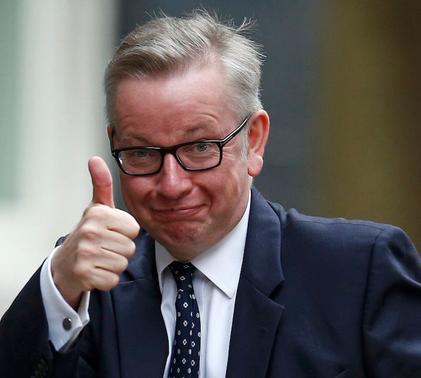 Michael Gove's education reforms are holding back our children

The school performance tables for 2016 were published this week by the Department for Education. These are the official statistics compiled by the government that take into account the effect of remarks and grade adjustments following the initial publication of results in August. I was delighted that, by these measures, Sidcot was the top performing school in North Somerset at GCSE and A Level, which is an endorsement of the hard work put in by our students as well as the support of parents and commitment of staff – very well done to all those concerned!

However, like many Heads, I remain deeply concerned about the educational environment our young people face now that the implications of the reforms initiated by Michael Gove during his tenure as Secretary of State for Education take effect.  Mr Gove and I are direct contemporaries: we are the same age and went through the Scottish education system at the same time. He attended an independent school in Aberdeen and I went to a state school in Stirling. Sadly, I see a startling and worrying parallel between the exam regime of the mid-eighties and that being faced by our students today. Exam syllabuses are now firmly fixed on the two Ms: Memory and Measurement. In a rush to standardise the educational experience of all, we have completely lost opportunities for creativity, self-expression, critical thinking and the higher order skills that are so important to equip young people for a successful, effective and fulfilled life beyond school.

Not only are our students being assessed in an increasingly narrow way, but the amount of assessment has steadily increased over time. Mr Gove and I would have taken eight subjects at the Scottish equivalent of GCSE and sat sixteen exams with little or no coursework beforehand. The average student today will sit around thirty two assessed units: twenty five of which will be exams and seven controlled assessments taken in advance of the main exam season. This means that within a generation the amount of assessment expected of GCSE-level students has increased by 100%!

Set against this background, it is scarcely surprising that incidence of adolescent mental health concerns is increasing to truly staggering levels. Our young people are having to prevail despite the education system we provide rather than because of it – thanks Michael! As I have repeated on numerous occasions, we are extremely fortunate at Sidcot to be able to make independent choices for our students. We recognise the value of the skills developed outside the classroom as much as those taught within. Sadly, we still have to conform to the strictures of Mr Gove’s examination reforms, but can go assessment light and education heavy. And in doing so provide a beacon of hope for the future.