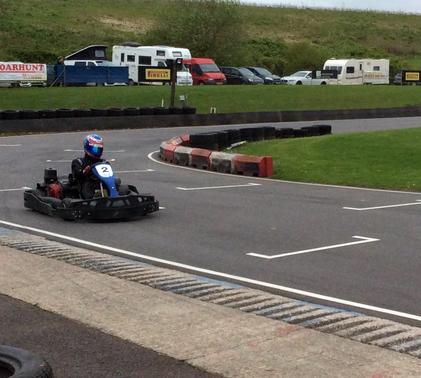 The first round of the British School Karting Championships saw our team, brimming with confidence, land a fantastic second place and qualification to the regional finals at Thruxton Circuit in June.

The team report following the race was, surprisingly, not one of joy but frustration that they weren't first! A couple of suspect black flags and steward enquiries reminiscent of a drama filled F1 race meant they had to settle for second.